UPDATE: Universal Pictures released the first trailer to the film on Tuesday.

The official website JurassicWorld.com has a countdown going to the launch of the trailer. We’ll have a link to the trailer as soon as it’s available online.

The 4th film in the hugely successful, $2 billion dollar franchise is no reboot to the Steven Spielberg classic according to director/writer Colin Trevorrow. Giving no details as to what we may expect, Trevorrow simply took to Twitter and said “This is a new sci-fi terror adventure set 22 years after the horrific events of Jurassic Park.”

And for you die hard Jurassic Park fans, the teaser did offer up some nice homage to the 1993 original kicking off with the huge wooden doors that lead into the park. Also we see the return of the Gallimius stampede though whether or not a T-Rex is involved we probably won’t find out until next year.

And for more behind the scene images check out Trevorrow’s Twitter page. 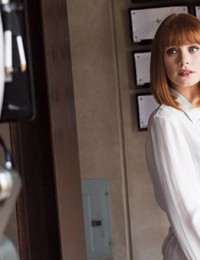 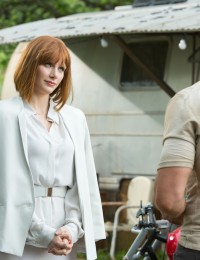 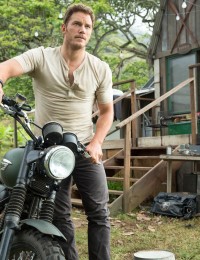