With just 3 days away from the worldwide release of “Rogue One: A Star Wars Story” the embargo on the reviews have lifted and word has started to hit on whether or not this film is any good. One thing is certain, this film has been critic proof since the very day this stand alone film was announced…so why don’t we see what some of the nation’s critics had to say about it. And this Friday, The Nation will give their review of the film so stay tuned.

Loaded with more battle action than any of its seven predecessors, Rogue One: A Star Wars Story plays like a set-up for the events in the 1977 original and, for the most part, does so quite entertainingly.

The other Hollywood industry trade paper adds that “Rogue One” is “a gritty war movie with few kid-friendly ingredients” and that its “the first “Star Wars” movie for grown-ups.” They capped off their review with perhaps the single best sentence any true Star Wars fan would appreciate: “But for the original generation of “Star Wars” fans who weren’t sure what to make of episodes one, two, and three, “Rogue One” is the prequel they’ve always wanted.”

The leading entertainment magazine in the country, EW, gave the new film a grade of B+. The publication went on to say “Rogue One would have been a very good stand-alone sci-fi movie if it came out under a different name. But what makes it especially exciting is how it perfectly snaps right into the Star Wars timeline and connects events we already know by heart with ones that we never even considered. It makes you wonder how many other untold stories are waiting in the shadowy corners of Lucas’ galaxy far far away.” 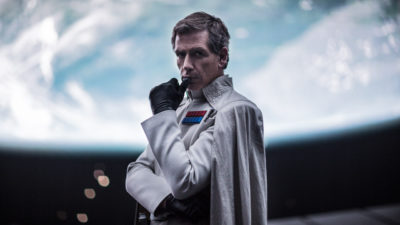 However all the above reviews rave about how refreshing the film is to the Star Wars universe, USA Today did not feel the same. They gave the film 2 1/2 stars saying “Rogue One is often undermined by its close ties to George Lucas’ original trilogy” and “misses a real chance to turn the familiar into something remarkable.”