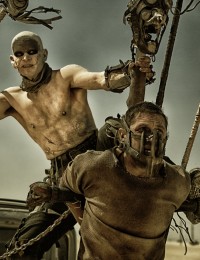 Mad Max/The Road Warrior is a staple in the action film genre for those of us growing up in the 80’s. And Wednesday Warner Bros. released the Official Theatrical Mad Max Fury Road trailer for next year’s relaunch of the $161 million franchise.   And this trailer really hit it out of the ball park … Continued